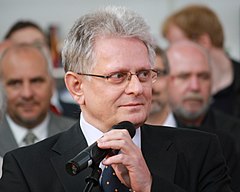 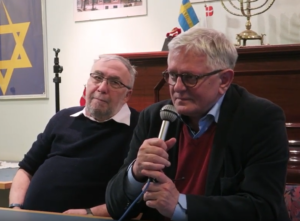 Summary. The pogrom of the Jewish inhabitants of Lviv took place on 22 and 23 November 1918. It was perpetrated by the Polish military and the Polish civilians immediately after the withdrawal of the Ukrainian army.Lviv: the End of an Illusion. The Story of the November 1918 Pogrom is the first comprehensive study devoted to the event which in the Polish historiography is either comple­tely overlooked or downsized to a wave of robberies carried out in the war­stricken city mainly by Ukrainian and Jewish (!) bandits as well as by deserters from the Austrian army. There is also an alternative Polish version of the events ac­cusing Jews, especially the Jewish militia, of attacking the Polish soldiers who were thus forced to defend themselves.These two ways of discussing and explaining the po­grom appeared shortly after the European public opinion had reacted indignantly to the news of the Lviv incident. A peace conference was to commence in Paris soon after the end of World War I, and pogrom accusations could become a severe encumbrance for Poland in the negotia­tions of its future borders.

Both narratives have been circulating in Poland to this day. Their persistence is tied to the myth of the 1918 Battle of Lviv, or Lviv defence, which has entered the pantheon of the greatest patriotic deeds in Polish history. Within this mythology, the Polish defenders of Lviv who fought aga­inst the Ukrainian troops were imbued with superhuman heroism and chivalry. A special role in this myth was ascri­bed to the Lviv children and youth called the Lviv Eaglets.An accurate description of the Lviv pogrom leads to the deconstruction of the myth of the noble fighters be­cause it turns out that it was the legendary defenders of the city who together with the relief troops comprised the core of the pogrom initiators and perpetrators. They started robberies, rapes and murders in the Lviv district inhabited by about 70,000 Jews in the early hours of No­vember 22, 1918, and continued them for two days. The Polish civilian population of Lviv joined the pogrom al­most instantly, including those of the highest social rank.The Author reconstructed not only the pogrom itself but also the events preceding it and those that took place in its aftermath.The study presents numerous previously unpublished accounts of victims and witnesses of the pogrom that were preserved in Lviv archives. They describe the inhuman cruelty of the perpetrators and the complete helplessness of the defenceless Jewish population. A confrontational reading of documents, personal accounts and memories leads to a clear conclusion that the pogrom was at least consented to by several Polish military leaders. The soldiers who participated in it acted in the conviction that it was condoned or even desired by their commanders.The person to be held particularly liable was the com­mandant of the Lviv defence forces, Capt. Czesław Mą­czyński, who for 48 hours delayed the introduction of the state of emergency or ad hoc courts, and who on the second day of the pogrom issued a proclamation de factojustifying it and encouraging its continuation.The book presents the findings of the two Polish gover­nment committees active in Lviv in the weeks immediately after the pogrom to investigate and determine the course of the events on the site. Both committees recognised that what had happened in Lviv was indeed a pogrom. The reports from either of them have never been officially disclosed to the public by the Polish authorities.The Lviv massacre and other pogroms in the Polish ter­ritory were additionally examined in 1919 by two commis­sions sent by the US and UK governments. Disagreements between the members of these bodies resulted in four separate reports, all of which are analysed in the book. The Author also discusses other pogroms reported in these documents, perpetrated by Polish military organisations and the Polish civilians in Kielce, Vilnius, Lida, Minsk and other cities in 1918 and 1919.The Author argues that the Lviv pogrom was a con­sequence of an extremely anti­Semitic nationalist ideology whose role was strengthened in the Polish political life at the turn of the 20th century and which became immensely intensified after 1905. Jews were fashioned into the greatest enemies of Poland and Polish independence by the Polish nationalist democratic movement with the Polish political leader, Roman Dmowski, at the helm. The Polish daily press played a decisive role in the suc­cessful inoculation of morbid anti­Semitism among Poles. The Polsih Catholic Church also displayed such an attitude.The pogrom and the subsequent Polish anti­Jewish excesses in Lviv sent a clear message to the Jewish com­munity that Poles intended at all cost to limit their civil rights and make their lives more difficult. Such an attitude towards Jews was also expressed through the symbolic violence committed during the pogrom and in the mon­ths to follow, when synagogues were burned, the Torah books desecrated, the Jewish cemetery defiled and the Jews publicly humiliated.Nationalist ideology negated an understanding of the Polish nation as a political community. Reborn Poland was to be a monoethnic entity consisting of Polish Catholics, with Poles as the ruling nation.The persecution of the Jewish population by Polish mi­litary formations in Lviv lasted for many months after the pogrom. Such a policy was a blow to the Jewish assimilation movement, whose outstanding leaders were based in that city. The Lviv pogrom demonstrated that Poles did not have any political offer for Jews in the newly forming Polish state.

Last but not least, the study displays the mechanisms of erasing the truth about the pogrom which rendered it unknown to Poles for 100 years.

This website uses cookies to improve your experience while you navigate through the website. Out of these cookies, the cookies that are categorized as necessary are stored on your browser as they are essential for the working of basic functionalities of the website. We also use third-party cookies that help us analyze and understand how you use this website. These cookies will be stored in your browser only with your consent. You also have the option to opt-out of these cookies. But opting out of some of these cookies may have an effect on your browsing experience.
Necessary Altid aktiveret
Necessary cookies are absolutely essential for the website to function properly. This category only includes cookies that ensures basic functionalities and security features of the website. These cookies do not store any personal information.
Non-necessary
Any cookies that may not be particularly necessary for the website to function and is used specifically to collect user personal data via analytics, ads, other embedded contents are termed as non-necessary cookies. It is mandatory to procure user consent prior to running these cookies on your website.
GEM & ACCEPTÈR